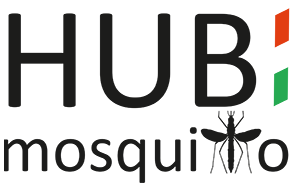 HUBI-Mosquito® is a device aimed at controlling the population of adult mosquitoes.

It is a cheap bio-hybrid device, with mechatronic components and “living” parts able to attract mosquitoes through multisensory stimulation to replaces the host (e.g. humans or animals).

Mosquitoes still play a crucial role among vectors of medical and veterinary importance, despite decades of intense research. The rapid urbanization, the increase in international travel and commerce, the intensification of agricultural systems and environmental changes, have led to the rapid and involuntary spread of invasive species of mosquitoes, vectoring important parasites and pathogens which, in severe cases, lead to death.

Beside their annoying action, mosquitoes kill around 830,000 people worldwide every year. Most of these deaths are due to the spread of malaria, 212 million new cases are recorded each year and 429 thousand deaths (2015). Populations with the highest incidence are those living in poverty in tropical and subtropical areas. The situation is compounded by the fact that the recently introduced malaria vaccine has shown only transient protection. Furthermore, cases of malaria have been recorded, even fatal, in European countries.

In addition, the dengue virus threats 3,900 million people in 128 countries, and lymphatic filariasis is still considered among the most important tropical diseases.

At the same time, Zika virus outbreaks in America and the Pacific area is increasingly threatening public health due to the connection of this arbovirus with fetal microcephaly and neurological complications.

The spread of arbovirus diseases is constant and difficult to manage. Several strategies and guidelines have been developed, both at the level of international organizations (such as the WHO which aims to provide insect control programs in various countries, to reduce mortality due to insect diseases of the 75% and their effects of 60% by 2030), than at the level of national institutions: all the Italian Regions have adopted strategies for the larvicidal treatment of mosquitoes by public spending. Last but not least, various private non-profit organizations (e.g. Bill & Melinda Gates Foundation – Target malaria project) are investing huge amounts of capital in the research for new strategies aimed at sterilize female mosquitoes through the application of advanced biotechnologies.

This apocalyptic scenario promotes the proliferation of different strategies, mainly based on conventional approaches dispersing chemicals with insecticidal action in domestic environments (which kill mosquitoes by contact or inhalation) or with repellent action (which are distasteful for mosquitoes and keep them away). However, these products are also harmful to humans (e.g. lung cancer, bronchitis, asthma, eye irritation, headache, cough, rash, nausea and vomiting, etc.), and to the environment.

This approach also has serious limitations due to the emergence of resistance traits in the mosquito populations as well as to the ability of adult mosquitoes to move away from the treated area. Finally, the time duration of the effect obtained by conventional methods is estimated at a maximum of 3-4 hours after the treatment.

HUBI-Mosquito®: the only bio-inspired, cheap, effective, highly specific, anti-mosquito device that can be used in all environments (especially the home environment), which allows you to stay safe from mosquito bites in a health-safe manner.